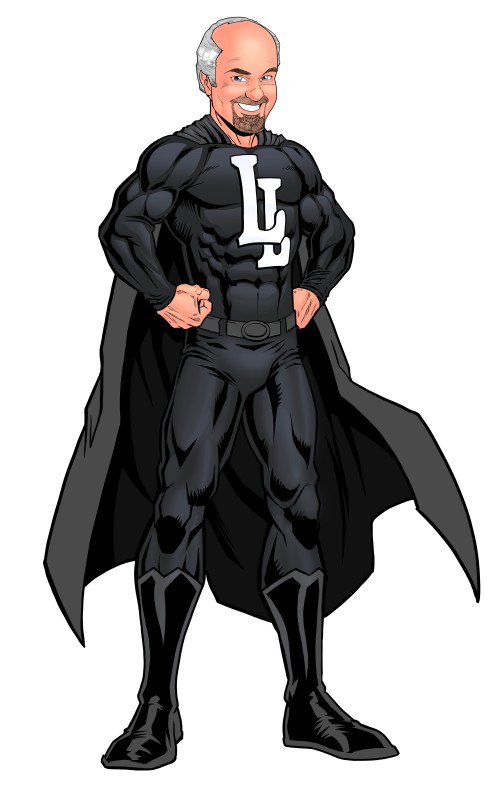 The Limber Leaper had been tracking AcmeCorp for months now. Easily the worst offender on his very long list, Acme and its subsidiaries had managed to turn constructive dismissal into an art form. No longer. The Leaper’s plan was simple…show the corporate trophy collectors at Acme that gray hair (or almost no hair in the Limber Leaper’s case) is not to be so casually devalued.

The Limber Leaper, also affectionately called the Balding Bounder by his many fans, (well actually, he sort of gave himself this nickname), leaped up three floors to the roof of the corporate HQ just after 5 pm. Using an electronic door jammer of his own design, this new well-ripened breed of hero, part toymaker, part mad scientist, was inside after just seconds. The Mature Marauder (uh…another internally developed moniker, for PR purposes of course) covered the long hallway in only three power strides and was through the door into the office of an HR veep.

With speed never before seen by the scrambling 30-something exec, the Limber Leaper, also known as Mensan of Mayhem (his mother used to call him this) backed the startled man into his chair and dropped a stack of files into his lap, each containing the story of an Acme employee who had been blatantly discriminated against in the previous few months. Age, medical disabilities, sex, and race. It was all there, along with a few new ones. This place had actually used college graduates’ choice of schools as a reason to discriminate. Incredible.

“Who are you?” the shocked exec stammered.

“I am the Limber Leaper and I’m here to move your cheese,” replied the one also self-labeled “the Silver Sage.”

LL continued. “Let me unpack it for you. Make it a little more user-centric, as it were. It’s time to leverage your best practices, bucko. And by the way, ‘leverage’ is a noun. I’m here to open the kimono… actioning my deliverables, as it were, hot shot. And your takeaway from this meeting is simple. I have ample evidence against you and your company for age discrimination,” said the Leaper. “Get your jack and lift up that bus you’ve been throwing good people under.”

“I’m calling Animal Control on this Dog and Pony Show. My next stop is the Attorney General’s office, with the originals of all those files. Plan on a major paradigm shift. Circle back to your board. Change this adhocracy, though I doubt you have the personal bandwidth required” the Leaper challenged. “From now on, know that the Limber Leaper has skin in this game. I’ll be watching. You’ll find I have more moves than a show dog.”

“At the end of this day, you better stop the blamestorming and try on the change-agent underwear,” countered the Limber Leaper.

And with that, the Limber Leaper was gone. Within a few weeks, wrongs were righted. At least a few. That will do for now.

Who is this semi-crazed do-gooder dressed in black with spring in his step? 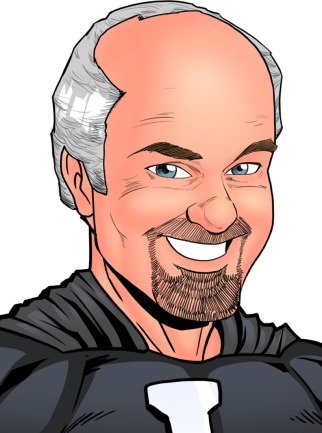 During routine hip replacement surgery a year earlier, a “mistake” by a nurse, in her last surgery role before being forced into retirement due to her age, led to a one-of-a-kind bionic hybrid prototype device being used in Liam Norman’s operation, gradually transforming all his bones and sockets into self-powered organic titanium…lightweight, flexible, and with the strength of fourteen and half man units.

Yes, the Limber Leaper. Called Liam Norman by his momma, he’s the possessor of incredible leaping ability, flexibility, quickness, and near-boundless energy, especially given his 58 years. Though that’s true, the AARP Avenger (you guessed it…yet another self-assigned nickname) considers his mind his strongest asset, followed by his Marine Corps training. Able to process situations quickly, he often comes up with multiple creative solutions, picks one, then springs into action, often quite literally.

No stranger to feeling unfairly judged, the Leaper has hated injustice since his childhood. He especially gets ready for action when people are marginalized because of their age, gender, or disability. Preferring to use nonviolence and to work within the legal system, the Leaper isn’t opposed to using his physical presence and sharply honed skills of persuasion to intimidate the perpetrators of evil.

He is sometimes assisted by his youthful sidekick Flex the Cubicle Boy, a young man who has also experienced being misjudged due to his age. And when he hangs his trademark black tights and cape (colors chosen to accentuate his gray-silver hair) in his closet, Liam Norman has been known to act like a teenager when near his sweetheart and superhero dispatcher/lifeline, the Beautiful and Brilliant Bridgett River. 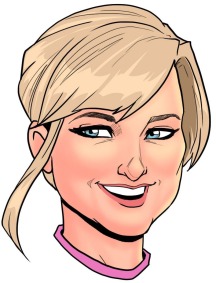 The Leaper is left-handed, can’t stand still, hates male-pattern baldness, and loves movies where the old guys and gals are the heroes. LL especially likes that he shares the first name (and a particular set of skills) with actor Liam Neeson, star of the “Taken” trilogy. The Leaper is known to have a healthy respect for the bold, powerful resilience of the American bison, struggles with his weight, thoroughly enjoys making fun of corporate jargon, and has a strong preference for genuine Hawaiian shave ice over run-of-the-mill snow cones. He is also very fond of creating his own nicknames (it’s only fair since Superman is also the Man of Steel, the Last Son of Krypton, etc. and Batman is the Dark Knight, the Caped Crusader, etc.).

“Age discrimination charges filed with the U.S. Equal Employment Opportunity Commission now account for a nearly a quarter of all complaints. In 2011, the EEOC received 23,465 age-related charges, up from 16,548 in 2006” according to Kerry Hannon of Forbes.

So now, the real story of the Limber Leaper.

It happened during a recent rehearsal for the GreenMan Theatre Troupe’s production of “Harvey” last year. I was cast as Dr. William Chumley, psychiatrist. In one crazy scene, I was to run around my office set, panicked because I was being followed by Harvey, the 6-1/2 foot tall invisible rabbit. Oh yes, never a role more perfect for me! Anyway, I guess I was especially animated one evening. At the end of the rehearsal, the director said to me, “Bill, you’re too limber…you’re leaping!” Though he meant it as a critique to get me to calm down, I took it as a compliment…a badge of honor even. To be called “limber” and told I was “leaping” too much at age 57 and pre-hip replacement was so sweet! That evening, I put the two words together. In a later rehearsal, in response to a triple-dog-dare, I showed up in tights and a cape, borrowing the black suit from my good friend Superman (sorry, couldn’t resist slipping back into fun). The “Limber Leaper” was born.

The previously presented foolishness can be rightly blamed on William Norman Boggs, who is headed shortly for a delicious peach-guava Tropical Sno shave ice.